We Happened to Travel

We Happened to Travel was commissioned by Art on the Underground for their Underline series, in collaboration with the
London Sinfonietta and costume designer Jenny Hayton, and alongside works by the artists Giles Round, Liam Gillick, Zineb Sedira and the architectural collective Assemble.
Art on the Underground is London’s largest art programme, dedicated to ‘maintaining art as a central element of Transport for London’s identity’. As the first composer ever commissioned I was invited to make work for ‘Underline: Art & Music for the Victoria Line’. In
response I created a network of pieces contemplating the Tube as a site of relocation in time and space, the rich possibility for chance encounters, and exploiting the unique ambient qualities of the Underground environment.

The body of work is collectively titled We Happened to Travel, and comprises:

In each Displaced Duet a solo performer plays live in tandem with a recording of themselves which was made in a different Victoria line location. The duet between the live and recorded performances realises a whole which would be impossible for either element to achieve alone, and does so across a dislocation of space and time.

We Happened to Travel itself reflects on the physical and temporal structures of the Victoria line, expressing the generative potential of journeys and chance encounters.
Part One sees eight players travelling the Victoria line along composed routes, performing as they go, their musical material evolving in relation to the environment of their journey. They converge at King’s Cross St. Pancras, heralded by four trombones.
In Part Two the eight travelling players and four trombonists join forces to perform a large-scale ensemble work, within which the three Displaced Duets are framed.
Part One is coloured for each player by the specific events of the journey. Their different musical histories then coming to bear on the ensemble performance at King’s Cross. The music of Part Two is founded on structures that deploy the complexities of a network – in this case, a network of players.

Sample Set comprises audio samples taken from along the Victoria line, ranging from longer ambiences to short, percussive sounds, and from the clearly identifiable to the mysterious. It is intended to be listened to, used and appropriated, and can be freely dowloaded without licence from this webpage. 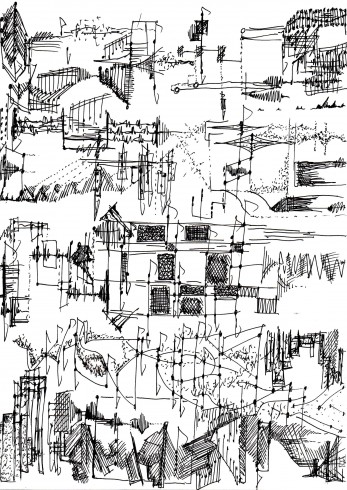 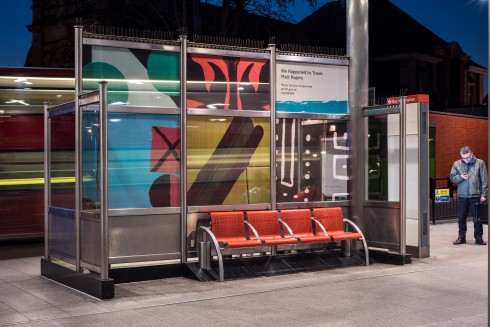